City Botanic Gardens – by the river in Brisbane City

A walk through these gardens is a walk back in time. The gardens which cover 20 hectares in 2019 were the culmination of strong lobbying in 1853 by the Moreton Bay Horticultural Society. The gardens were established in 1855 on the site of the Government Gardens that had been laid out for the fledgling settlement in 1828.  The gardens have seen a lot of changes over the last 165 years. The first curator, Walter Hill, who trained under Joseph Banks at Kew, laid out the foundations, and although later curators made their mark, the bones of this picturesque garden on the banks of the river, can still be seen. Hill held great influence over the horticultural work of Brisbane and his legacy still dominates the gardens. Recent works in 2018-19 have reworked some areas to the earlier design, new boardwalks have been built and improved pathways have aided access to important areas within the gardens.

The gardens contain approximately 2500 trees primarily from tropical and
subtropical climes from around the world. You can find the oldest planted Macadamia, the oldest Tamarind and the oldest Bamboo in Qld. There are key collections & historic and significant trees including Moraceae (primarily Fig trees), Arecaceae (Palms – one of the 3 most diverse public collections in Australia), Gymnosperms (primarily Conifers) and an interesting Araceae collection.
Bordering this Botanic Garden is a small patch of mangroves including the
Grey mangrove Avicennia marina, and the Black mangrove Lumnitzera racemosa which were collected by Banks and Solander at Endeavour River. The garden is also home to the Blue Flax Lily Dianella caerulea and Lolly Bush, Clerodendrum floribundum, all discovered during the 1770 expedition. 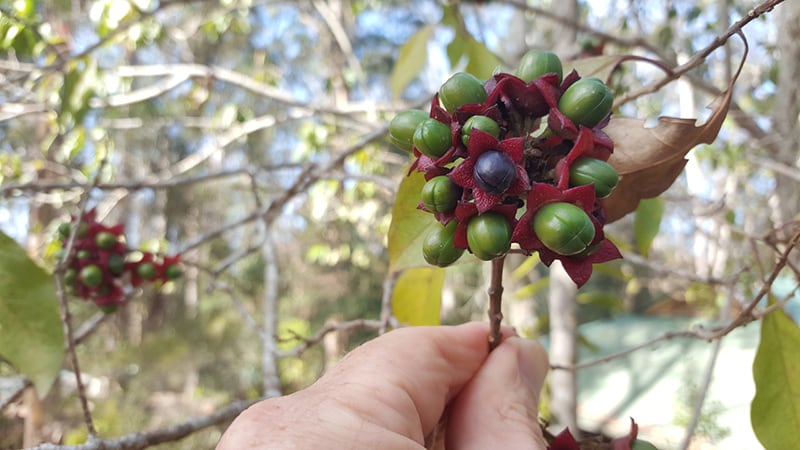 Groups will alternate between the two guided walks
Between 10:15 am until 12:15 commencing after Morning Tea

These gardens cover 54 Ha. Founded in 1970 and officially opened 1976 the gardens contain the Planetarium, Queensland Herbarium, library, Visitor Information Centre, Botanical Cafe, Over 200,000+ plants of 5000+ species provides a variety of plant communities for the visitor. Two thirds of the site is devoted to Australian native species plus an American and African Region.  Key collections include Thematic, Geographic, Climatic, and Ethnobotanic groups.
The gardens contain the largest Australian native rainforest species in any botanic garden in the world and one of the largest collections of Diospyros spp.  The new Queensland Conservation Collection plans to house as many Queensland threatened species as climatically possible, working with regional botanic gardens to house the remainder.

On the Saturday the walks will visit two main areas:

The Australian Rainforest section within Mt Coot-tha Botanic Garden is the oldest section of the Garden it was established in 1974 to showcase some of the plants used by Australian aboriginal communities.  Although often overlooked by visitors heading into the main part of the Botanic Garden, it holds some significant species of traditional usage that were collected by Banks and Solander.
Plants on this walk include the Black bean Castanospermum australe; Cabbage palm Livistona australis; Mat-rush Lomandra longifolia; Cluster fig Ficus racemosa and Spear tree Macaranga tanarius.

This western end of the Mt Coot-tha Botanic Garden showcases Australian native plants and some of the many cultivars now developed and planted in Brisbane ‘bush’ gardens.  The 27 hectares was first established around 1984 with a geographical/vegetation type layout that includes tropical and sub-tropical rainforest, open forest and heathland (Eucalyptus spp and Melaleuca spp), a Bunya forest Araucaria bidwillii and Grevillea spp.
One rainforest gully encloses a ‘natural’ planting of Cabbage palms and Paperbark trees.  There are also banksias, Lomandra aplenty, grass trees and the native mulberry Pipturus arenteus. 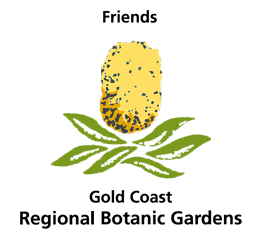